Villages in Tuscany: the most beautiful medieval villages to Visit 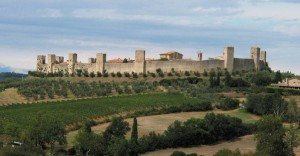 Tuscany is one of the Italian regions most rich of medieval villages that are still perfectly preserved. Green Apennine hills are dotted with villages, towns, and villages that trace their traditions in the Middle Ages.

Stories of battles, wars, and challenges between villages have characterized that historical period, and the presence of city walls, towers, ramparts, and castles can be explained by the continuous conflict between the individual communities.

Today these monuments are one of the major treasures from the artistic and monumental point of view of the entire region. The medieval villages are present in all Tuscany, from north to south, but the greatest concentration occurs in the central area of the region.

Among the medieval villages of Tuscany, the most famous, the best preserved of the area, and the most beautiful to visit are:

They are famous villages that are visited each year by thousands of Italian and foreign tourists. The degree of conservation of structures and medieval buildings is extraordinary, and a ride through the narrow cobbled streets of the historic centre is a unique and fascinating experience. Let’s learn more about these places.

Volterra, in the province of Pisa, rises on a hill overlooking the green Tuscan countryside. The origin is Etruscan, but the most important development of the town occurred in the Middle Ages. Volterra began to grow from the year one thousand.

About two hundred years after, it was built the boundary wall that still has nine gateways. Among the most beautiful ones there are “Porta Selci”, “Porta San Francesco”, and “Porta dell’Arco”, all of Etruscan origin. In the extraordinary “Piazza dei Priori” arise the “incrociate”: towers that reveal the willing to maintain the village defences to a high level.

Do not miss a visit to the Cathedral. San Gimignano, in the province of Siena, it is known for its towers. Its medieval architecture entered into the circle of world views protected by UNESCO. Today the towers are 15, but in the thirteenth century came to be 70.

San Giminiano is a fortified city and by crossing one of its gateways you will reach “Piazza della Cisterna”, and from there you can arrive to Piazza Duomo. They are among the most beautiful squares in Italy, with their original brick pavement arranged in a Fishbone pattern. “La Collegiata”, the Romanesque church of the thirteenth century, it is beautiful too.

Surrounded in the valley of Chianti, in the province of Siena, there is Monteriggioni, a citadel whose fortification walls dating from the thirteenth century.

The boundary wall is extraordinary: for the time represented an exceptional defence system. 560 meters of the wall interrupted by 14 towers. There is still the passage that allowed the sentinels to patrol.

In the heart of the village there is “Piazza Roma”, where is located the beautiful church of “Santa Maria Assunta”.

In the province of Siena also rises Pienza. The native city of Pope Pius II, Pienza, is one of the sites that are part of the UNESCO’s World Heritage. Its original urban structure is one of the finest examples of Italian Renaissance.

Castellina and Radda in Chianti

The Chianti area gives us other two pearls like Castellina in Chianti and Radda in Chianti. The first is characterized by a maze of ancient streets that loosen in the historic centre. Are splendid even the churches of “San Salvatore” and “San Martino in Cispiano”.

Very beautiful are also the civic buildings, while the boundary wall was almost completely destroyed, although it is still visible at least in the north.
Radda in Chianti rises instead on a hill overlooking the surrounding hills. Here you can taste some of the best wines of the all region.